The Birth of Computer Graphics

This article originally ran on KSL.Com as part of the Utah Inventions series, which features a different inventor or invention with Utah ties. 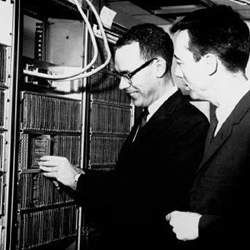 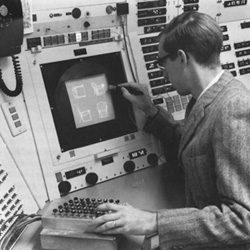 SALT LAKE CITY — One of the most amazing stories of computing is not out of Microsoft or Apple, or some company in San Francisco. It is about the creation of the computer graphics industry that was generated by the Utah company Evans & Sutherland.

The company developed many of the systems and standards that are in computers today. Their ubiquitous graphical user interface was developed into Windows, Apple MacIntosh/Mac and Google’s Android. Starting with Ivan Sutherland’s Sketchpad, Evans & Sutherland changed the way people worked with computers. Almost 50 years after the creation of the company, their products have inspired computer systems and students who went on to found Adobe, Silicon Graphics and Pixar.

In 1968, the University of Utah’s computer science department was chaired by David Evans. He recruited Sutherland to the university — the two had worked together previously on ARPA computer projects. Sutherland had achieved fame in 1962 by creating Sketchpad, a computer drawing system that was the first graphical user interface.

They created Evans & Sutherland to develop simulation systems using computer graphics. The breakthrough concept was that computers were not just for text. Graphics could help interactions with computers and simulators could be one of the most useful products using computer graphics. In 1968, the company helped develop the first virtual reality head mounted display system, which was known as the “Sword of Damocles.” The most recent version of that display system is Google Glass.

The company was able to encourage and inspire students to rise to the top. That accomplishment alone should be recognized and respected. Some of the most important inventions have been created with collaboration.